This website describes Dundas Global Investors (Dundas) and its activities but is not an offer of any financial product or a recommendation to follow a particular investment strategy.

The categorisation and definition of types of investors varies from country to country and can depend upon which regulatory regime applies to you. In  Australia and New Zealand, Dundas is represented by Apostle Funds Management. Our representative in the US is South Avenue Investment Partners.

Past performance is not a guide to future performance and the value of investments can go down as well as up. You may not get back what you originally invested.

Dundas Global Investors is the operating name for Dundas Partners LLP, registered in Scotland, Company No.SO304023. Registered address - 41 Northumberland Street, Edinburgh EH3 6JA. Authorised and regulated by the UK Financial Conduct Authority and registered as an Investment Adviser with the US Securities and Exchange Commission.

Dundas Global Investors has brought together experienced professionals from global equity investing, client service, investment operations and business management. We work as a team within a collegial environment that promotes an open exchange of ideas and research. 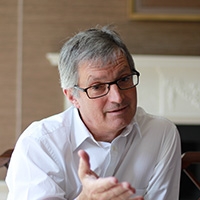 Alan's investment career began in 1980 in private equity at what is now 3i Group. He joined Ivory & Sime plc in 1983 to manage global equity portfolios. Before starting Dundas in 2010 he wa... Gavin studied at the University of St Andrews, graduating in 2010 with a degree in Financial Economics. After this he spent a short period with an independent Scottish investment trust. He joined D... James joined Dundas in 2010.  Prior to that he worked for Smiths Gore as a Business Analyst and Management Consultant before joining the Scottish Agricultural College as a Rural Business Consu... Prior to joining the team in 2015, Katie worked for RBS, providing risk management solutions primarily to FTSE 100 and 250 Corporate clients, specialising in interest rate, currency and inflation r... Kevin studied at the University of Edinburgh, graduating with a degree in Business Studies and Accounting. Prior to joining Dundas in 2014, Kevin worked on a variety of projects within the Change t... Linsey joined the team in 2018 after graduating from the University of Aberdeen with a degree in Marine Biology.  She spent the summer of 2017 as an intern with us through the Saltire Scholars... Neil joined the firm in 2013 from Standard Life Investments in Edinburgh, where he was Head of Business Analysis. He has over 20 years' experience in managing large scale and complex invest... Russell joined the firm at its inception, becoming Managing Partner in April 2012. He spent 17 years at Aegon Asset Management, now Kames Capital, starting as a trainee and rising to become CIO in ... Vanessa joined the team in 2015. She was a member of Her Majesty’s Diplomatic Service for 14 years. During her time at the Foreign & Commonwealth Office she gained a broad range of e... 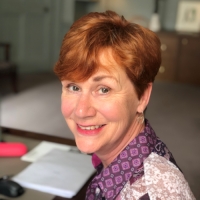 Janette joined the team in 2019.  She has over thirty years’ experience in administration, initially trained in medical administration at Stevenson College and later gaining an MBA at Ed... Hugh spent 12 years at Walter Scott & Partners, now owned by BNY Mellon, where he was responsible for designing and implementing all aspects of the IT systems architecture. Prior to this Hugh s...